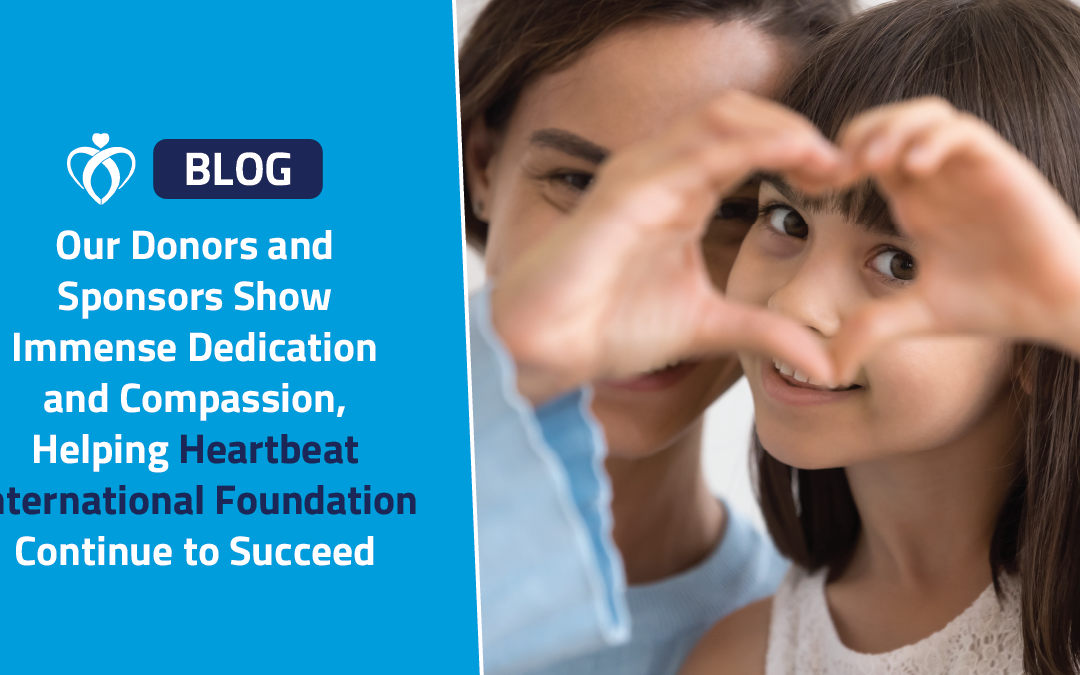 As the founder and manager of Sailaway Productions, Stan Tipton has produced concerts and events worldwide. His global travels have shaped his perspective.

“Having traveled extensively in my career, I think we have to think like global citizens, not just locally,” he explains. “Some countries are not as well off as the US—many countries, I would say—and so they’re all people; they all should have the best life possible.”

Since that time, Tipton’s experience in event production has made him a valuable partner.

“We’ve worked together and have had some high-profile events and been able to raise a fairly substantial sum of money for the cause,” Tipton says.
One of those events is the annual Sunset Music Festival (SMF), one of the biggest electronic music festivals in the southeast.

“It’s a big fundraiser that contributes a lot of money, and when it’s all said and done, we’ve saved many lives by being able to engage in my commercial enterprise [for] aiding a worthy cause,” Tipton says of the partnership between SMF and Heartbeat International Foundation.

The festival not only raises funds throughout a single weekend but also plants a seed for future giving.

“It exposes a whole new generation to the thought of aiding charities, whatever the vision may be,” says Tipton. “I think it’s important that we pass some of life’s lessons on to the next generation, hoping that they will carry on the tradition…that they will give back to the community and the world in a proper fashion.”

With her father in the Air Force, Judith Lombana grew up on military bases around the world. “I lived in Africa, Turkey, Japan—I lived in foreign countries my whole life,” says Lombana. “We had top surgeons working in military hospitals, but we were communicating with the people living around us. You saw how young people were passing away, their lack of medical care, and the level [of care] we were getting.”

As an adult, the lack of access to life-saving care became personal when Lombana’s husband suffered from a series of cardiac events. He underwent a stent procedure, bypass surgery, pacemaker insertion, and, in 2019, a heart valve replacement surgery with complications.

“Had he not had the pacemaker, he would not have survived,” she says of her husband’s experience: that pacemaker and the care from his cardiologist, Dr. Benedict S. Maniscalco. Lombana had known the Maniscalcos through her work with family and education programs in Tampa, but she then learned about their work with Heartbeat International Foundation.

“I realized how many people, like over a million, have cardiac disease, and there’s no access to pacemakers for them, which would save their lives,” she explains. “With the help of Heartbeat International, they’re saving lots of lives.”

The support of donors like Judith Lombana enables Heartbeat International Foundation to provide this life-saving help and continue to be, as Lombana puts it, “a blessing.”

“I dream about winning the lottery and being able to plunk down millions of dollars for them!” she says of her giving to Heartbeat International Foundation. “I’m in awe of what they do with their funds.”

Lombana’s giving is inspired by “a greater dream” that she sees fulfilled every day: “Being able to live side by side with someone who you love and loves you back…and being able to walk through life when you get older with someone that is by your side, who is your soulmate,” she says of having her husband healthy. “That would not have been possible without a pacemaker.”

“I was not supposed to survive heart surgery. There was a 75% chance I would not survive,” says Lorton.

His surgery was possible because “a guy performed what I call a pay it forward,” Lorton explains. “My surgery didn’t cost a dime because I had a benefactor pay for it. I would have been an invalid the rest of my life if I hadn’t had the surgery and somebody hadn’t been a pay it forward kind of guy.”

That was 1962, and George Lorton has been paying it forward ever since. His role as CEO and owner of International Ship Repair and Marine Services Inc. has enabled him to “pay it forward as often as I can.”

Lorton’s surgery connected him with the Florida cardiology community at a young age. When he came to Tampa, he was introduced to Dr. Henry D. McIntosh, Founding Chairman of Heartbeat International Foundation.

Ultimately, Lorton would help with acquiring pacemakers from a manufacturer, setting Heartbeat International on the path to implanting 13,000 pacemakers.

A decade into his relationship with Heartbeat International Foundation and three years on the Board of Directors, Lorton found himself needing a life-saving device of his own.

“I was required to have a pacemaker put in me!” he laughs. “When I realized the value of a pacemaker in my chest, I continued to help the cause because the cause is a good one.”

Regarding the “why” behind his long-time support, and to anyone else considering donating, Lorton explains, “It’s probably the most unselfish thing you can do. It’s not going to be a reward to you other than you feel good about other people having a better life because of you. Making that commitment to make their life better makes your life better.”

How will you make someone’s life better? See how you can support the work of Heartbeat International Foundation and save a life through our donation opportunities.